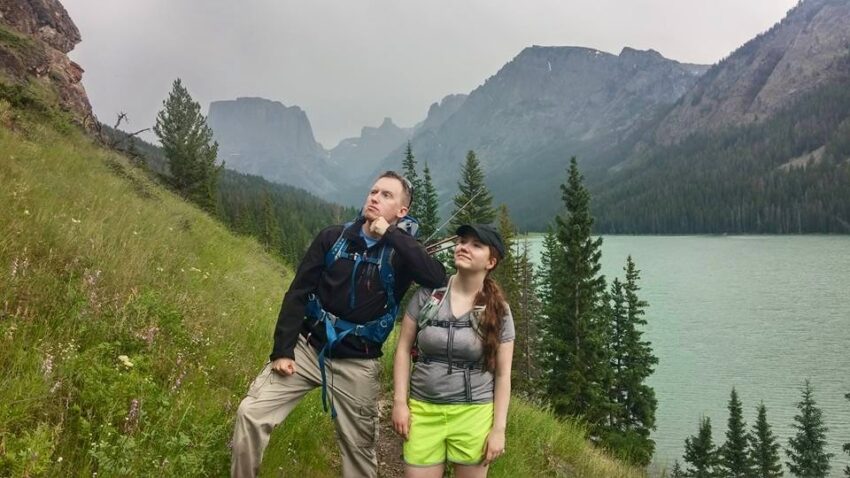 And I don’t really care where. Are those nips threatening to shave right off under the friction? Well at least you’ll have a conversation starter. Are your butt-cheeks starting to bleed? Well at least it’s not because a bear’s got ya by the bottom.

But chafing (pun intended) is just awful. You can avoid it with a few tricks, like not sweating, or infusing your dermis permanently with a 50% Teflon-mix. For those of you who are a little lazier, you can save time by not backpacking, or running, or even really moving much at all. My sister has made this practice into something of an art form. I remember her dog mourning over her loss, until she finally moved again and he realized that she wasn’t dead.

If you are persistent about not being totally miserable, but also about actually getting into the great outdoors, I can offer a few solutions. One good tip is to have butt-cheeks which are widely spaced and do not touch one another. While “thigh gap” has been all the rage, “butt gap” is sure to be the next in-thing. Get on the train before the hipsters.

Now if you still think that perhaps even this is too much to attempt, I can offer you some other solutions which have worked for me. First you’ll need a field of poppies and some mechanism to refine them, and also preferably a graduated syringe. Second you’ll need to not get caught.

But if even that doesn’t work, you can try Hydropel. It’s a miracle cure for the chafing backpacker. Sure, you’ll have to go back in time since it was discountinued in the early 201Xs, but once you accomplish that feat (ha ha, get it?), you’re golden.

For those of you too sedentary to time travel or travel at all (the latter of which should not be caring about chafing, but rather decubitus ulcers—see my article “Nirvana: How You and Your Couch Can Cosmically Meld”), I have some other options.

Options to Prevent Chafing and Blisters

1.) Leukotape. Leukotape sticks very well and allows body-part to slide over body-part like a greased pig down a slip-and-slide.

2.) Moleskin of varying padding can do the same thing, and also help with blisters.

3.) Make a form of the discontinued Hydropel for yourself. I accomplish this by combining the following ingredients:

Adjust these ingredients to the ratio that you prefer most. I put them in a sealed bag and take them with me, applying by hand when the need arises.