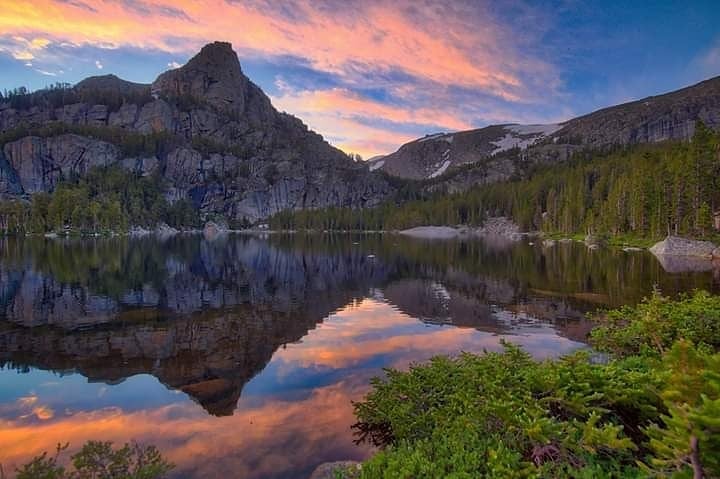 “There is a delight in the hardy life of the open. There are no words that can tell the hidden spirit of the wilderness that can reveal its mystery, its melancholy and its charm. The nation behaves well if it treats the natural resources as assets which it must turn over to the next generation increased and not impaired in value. Conservation means development as much as it does protection.”

It seems that people often don’t change their points of view “on a dime.” If you’re trying to convince someone of something you believe to be correct, and they hold an opposing viewpoint, this can seem to be a not-so-slightly pernicious proclivity of the human race. The positive aspect, however, is that it does keep people from being reeds in the wind, changing their opinions any time they encounter any new point of view.

That said, I am not a particularly influential or persuasive person myself, in part due to my personality, and in part due to a somewhat ambivalent attitude, which might not be the best thing for me to have. I have noticed, though, that sometimes we go about things in the wrong manner, and I certainly include myself in this.

Consider climate change. One of my geology professors in college was very skeptical about climate science, though he himself was massively into “leave no trace” ethics. When we had a climate scientist from Harvard visiting, he cautioned us not to buy immediately into any *one* person who claimed to know definite, granulated facts about the state of the world in, say, 5 decades,  and he pointed out some issues that this visiting professor had. For example, she flew private airplanes around, had made millions selling carbon credits, and began her lecture with, “If you have any skepticism about climate change, raise your hand so that we can see who doesn’t understand how science works.”

This method of persuasion may be effective on some people, but it is guaranteed to be off-putting to others. It is more useful, I find, to seek common ground. In some cases, the mental reality that someone is inhabiting is so very different from one’s own that arguing one’s points will have no ability to influence the other person; the arguments will simply fail to connect as the mental realities are so different; they don’t even intersect.

“Defenders of the short-sighted men who in their greed and selfishness will, if permitted, rob our country of half its charm by their reckless extermination of all useful and beautiful wild things sometimes seek to champion them by saying the ‘the game belongs to the people.’ So it does; and not merely to the people now alive, but to the unborn people.”

What one is better served in doing is in finding common ground, so that you can share a mental reality (a worldview) with the other person. Approach them as if they are worthy of respect, and as if they are important to your own future. For example (my opinion on climate science not being important here), regardless of one’s view of global warming, I find that often people, and especially Christians, are drawn to the concept of being good stewards of God’s creation. While that exact verbiage is not found in the Bible, the holistic concept can be inductively understood. As a person who loves the outdoors and dreams of roaming them for eternity, I want (for myself and others) to be able to have pristine environments.  And because of that reason, I want what is best for the world. As the unborn cannot protect themselves, neither can the woods.

“We have become great because of the lavish use of our resources. But the time has come to inquire seriously what will happen when our forests are gone, when the coal, the iron, the oil, and the gas are exhausted, when the soils have still further impoverished and washed into the streams, polluting the rivers, denuding the fields and obstructing navigation.”

“Further, I found that none of the climate models had predicted the 1999-to-2009 cooling until they were “adjusted”, after the fact.  I see “adjustments-after-test” all the time in aircraft development.  The stress-analysis specialist can always accurately predict a wing failure after he adjusts his model, following a shop test of ultimate wing strength.  Note, that wing design is relatively straight forward compared to the chaotic behavior of climate.”

Consider Burt Rutan’s quote above. There may not be a mental reality that one can share with another person, wherein both agree on the accuracy of climate science, but sometimes, in our desire for virtue, we try to impose our will on this as experts; to overcome the mental world in which the other person exists. Often, this accomplishes very little other than to signal our virtue and the other’s ignorance. In doing so, we may miss an opportunity to gain a valuable ally, not by sharing a belief in the precision of climate science (or whatever issue), but sharing a different belief—in this case, it is likely that Mr. Rutan would agree that the world is great, and beautiful, and good for our mental health, and that it is worth doing what we can to be good stewards of it, and protecting it, not just for ourselves, but for our children, and our children’s children. Just as we should not do violence to one another, we should not do violence to our land.

To this end, I appreciate A Rocha, and I hope that you’ll check them out. A Rocha states,

We are a Christian organization engaging communities in nature conservation. A Rocha responds to the global crisis of biodiversity loss by carrying out community-based conservation projects. Through residential field study centres, site-based projects and wider advocacy, A Rocha:
➤Carries out ecological monitoring and research in areas of high value for wildlife;
➤Spearheads practical measures for conserving and restoring habitats and their fauna and flora;
➤Encourages appreciation of nature and participation in its conservation, through environmental education and community outreach;
➤Provides a forum for understanding the relevance of the Christian faith to environmental issues.
➤Our first initiative was a field study centre in Portugal, and so our name is Portuguese and means ‘The Rock’.

The conviction that Christ is Lord

A Rocha’s work is a response to God’s love for the whole creation, revealed in the Bible and personally in Jesus Christ.  A Rocha, therefore, is not simply an association of people with a common Christian cultural heritage and shared interests in nature conservation, but an organization in which caring for God’s handiwork is done out of the conviction that Christ is Lord.

This establishes the character of our work as both grateful and hopeful, and defines our methods which reflect the conviction that we are undertaking work to which we are called by Christ. Therefore, an expected part of the work of employees and trustees is praying for each other and encouraging each other according to the Christian Bible, and the main objective of all our work is to give glory to God.

Note: This topic is modified from Dr. Peter Boghossian’s book “How To Have Impossible Conversations: A Very Practical Guide.” While I disagree with Dr. Boghossian’s overall metaphysics, I find his take on this particular topic to be very helpful, and he’s quite an amusing guy who is willing to be friends with people who believe very differently than he does. For a PG-13 dialog about Dr. Boghossian’s shenanigans in academia, please see Reason.com’s podcast, “How To Have Impossible Conversations in Terrible Times.”