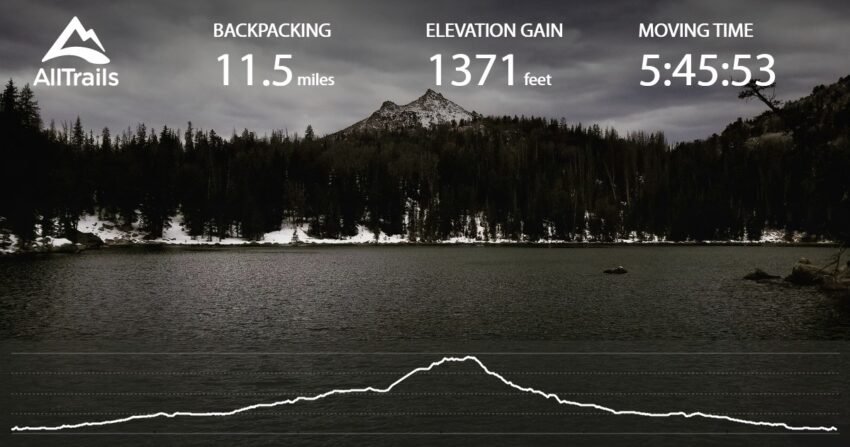 Blue Lake is an off-trail lake that is mostly ignored by the large crowds that use the Big Sandy trailhead. It’s easy to access and has nice fishing for brook trout. While it has great areas to camp, it can also be done as an easy day hike.

Zoom in for detail. To see the images, visit the GaiaGPS page directly.

I had been in negotiations to go back abroad with one company, and they’d been going poorly. As an example, the company called me to say that I shouldn’t provide my college degree, as the contractors they hire to perform the background checks really tend to struggle in verifying this. (What?) The following events transpired:

At this point, I emailed them and told them that I was immediately retracting my willingness to go back to “Central Asia” with them, for a variety of reasons. This did not, however, stop them from continuing to process me as if I were indeed their employee.

Blessedly, another company called me and verified all of my information DURING THE PHONE CALL, so I immediately agreed to go abroad with them.  Their timeline from phone-call to boots-on-the-ground was 16 days, and there’s a lot to do when moving abroad that quickly, and joining a new company, so I couldn’t really go on any long outings, as is my wont. My mother, however, asked that I please accompany her on a hike, as the previous week’s attempt was a failure. (The first one we’ve had, I might add.)

The go-to  spot for day hikes in the Wind River Range, in my book, is Temple Basin, as the entire trek can be done in 16 miles with little elevation gain and stunning views. Still, I’ve been there a billion times, and I was hoping to do something a little different. The Great Outdoor Shop of Pinedale had posted a view from what I believe was a drone, and it featured an aerial shot of the western edge of Big Sandy Lake with the snow, which got me thinking that I’d like an overview. Since I’d always wanted to go to Blue Lake, too, I figured that we might tackle that, depending on conditions. If we had enough time, I also thought that going over the divide between Blue Lake and Laturio Mountain to Fish Lake and Fish Creek Park would be fun, but recognized that the speed might not be achievable given the pass and the snow-covered boulders, which are tedious to navigate safely.

We arrived at the Big Sandy trailhead at 10:42, which was a little late, but not because we, say, stopped and illicitly grabbed the billions of fish fossils (or shark teeth) along the way. As is standard for the fall, we had the trailhead pretty much to ourselves, with only one other vehicle there. After using the restroom (the men’s side had a broken lock and a very faint sign that instructed one to knock first…pretty sure that people haven’t obeyed that), we set off for Big Sandy Lake.

The temperature was 47F and the winds were calm, which is just great weather, if you ask me. As we advanced up the trail, I was tempted to fish, but the clouds were moving in and becoming fairly dark. Mom also seemed a bit nervous, as the trail had intermittent sheet-ice, but it really wasn’t bad. Regardless, she chose to go off the trail a number of times in order to avoid the ice. We saw one set of tracks going out, that looked perhaps a day old, and one set going in, which seemed fresh, and probably belonged to whoever owned the car.

On the way up to Big Sandy, we discussed how stupid the V-lake cutoff is (unless you’re on a loop, but even then, it’s quite ugly), the mine up on Schiestler Peak, which I want to visit, not just for the views, but because I’ve never been to an abandoned molybdenum mine, and Jordan B. Peterson. Oh, and we wanted to follow the river the whole way, but given the darkening skies, we abandoned that idea without much further thought, though we did track it at the Sedgewick Meadows split until it rejoined the trail. Why does the trail go away from the river there, anyway? It doesn’t seem to need to. Our only real stop on the way up was at the biggest creek crossing, which is about, what, 20 minutes before the lake? If that, I guess. We grabbed some water and continued on up.

At the lake, we explored over through the 6-inch deep snow to the southeast side and saw no signs of any recent habitation, then made our way back to the west side, and began ascending off-trail toward Blue Lake. I also pointed out where I’d camped in the snow once, and had some odd visitors. You’ll find more information about that here after I write the report and insert the link. 😉

The ground varied from being bone dry to 6-inches deep with snow, mostly based on sun and wind exposure, but even crossing a few obscured rock piles wasn’t too bad. For the most part, we followed the numerous elk tracks, as they tend to know what they’re doing. Word to the wise: if you’re willing to pack water up the hill a bit, Big Sandy has some awesome, flat areas with great views away from the typical crowds, which I loathe, BTW.

Accounting for the snow and uphill orienteering, we made it to Blue Lake in about 50 minutes, which wasn’t blazing fast, but wasn’t that slow, either. The pool at the outlet, as well as the creek (Lost Creek), were filled with trout, so I had my way with them. RIP SOME LIP! 😀 It was just brookies, but man were they hungry; just flying out of the water after my flies. (I bring my tenkara rod basically everywhere.) We explored the lake and really appreciated the views of Laturio Mountain and Bunion Mountain. There are additional lakes just a ways off, which I doubted had fish, but we didn’t really have time to go exploring there, and I have adopted a philosophy of “leaving a little bit to discover” so that I have good reason to return. I’m a huge content tourist, so I get pretty bored seeing the same things over and over…

I did scout out the pass to Fish Lake, between Bunion and Laturio, and it seemed like this would be a great overnighter. Camp at Blue, get up in the morning, hit up Fish Lake and Divide Lake on the way out via orienteering, and call it a good 14-15 miles (total guesses on the mileage), with scant elevation gain. I’m a fan of Fish Creek Park, too. Anyway, I mentally logged that. After I got home, I checked the satellite imagery and, as it turns out, there’s some wetland and it’s mostly grassy walking. This is not totally on my list!

We decided to orienteer back down the hypotenuse of the triangle of trails we were making, and mom stopped to do some phone business as she had plenty of 4G. There were some cairns to show that someone had been this way before, but they were certainly not required (I know a person on instagram that goes by the name mountainpooper and seems to have what one might call a great distaste for these things), as the pathfinding was exceedingly easy.

We came upon a sizeable wetland area which had tons of elk sign and was devoid of the increasing wind that we were hearing, and then we followed the creek that exited the wetland out for quite a ways, staying a little bit high as we approached the trail, and rejoining at the biggest creek/water stop. After drinking some more, we took off for the Jeep with the wind howling through the trees, and arrived back at 5:41. Overall, it was a great little bit of exercise, and when we got back, we found out that the other person had left before us.

On the way out, we explored the Summer Homes, which seem to be partially private. The old mining road to Schiestler starts there, but there is no parking. I had hoped that perhaps some of these were rentable Guard Stations, but they aren’t on the GS list for the area.