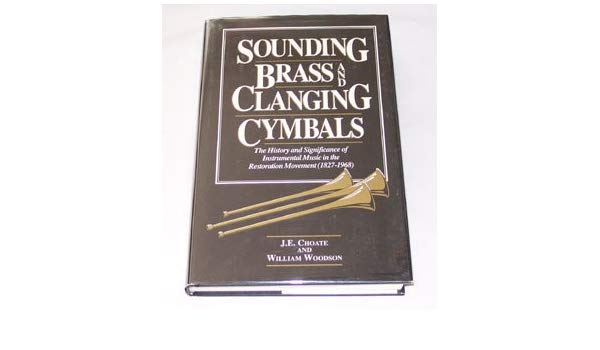 My heritage has a history of viewing a certain hour-or-so per week as the hour in which one really “lives for God.” Instead of viewing worship as something which occurs from full-moon to full-moon (Isaiah 66) as the result of a spiritual prostration (John 4), some of the early Restoration leaders viewed it as something to be done only intermittently, and with great asceticism. That is, they viewed it as a time to have no light-heartedness, and no gladness of heart that might be seen as coming from entertainment.

As the Restoration Movement morphed on, this largely changed into the belief that musical instruments were sinful during these intermittent periods of focusing on pleasing God. However, earlier on, some leaders of the Restoration movement were against other “fleshly indulgences” “during the worship.” One target of ire might take you by surprise.

“I would prefer to have an organ, or a fashionable choir as a means of my worship, than the words of a hymn set to the notes of a hymn on which to fix my eyes while engaged in the worship of God.”

—Alexander Campbell, one of the founders of the Restoration Movement. (Woodson, William, and JE Choate. Sounding Brass and Clanging Cymbals. Freed-Hardeman University, 1991.)

Back in the day, even “shape notes” were considered by some to be a fleshly indulgences that distracted one from the “proper act(s) of worship.”