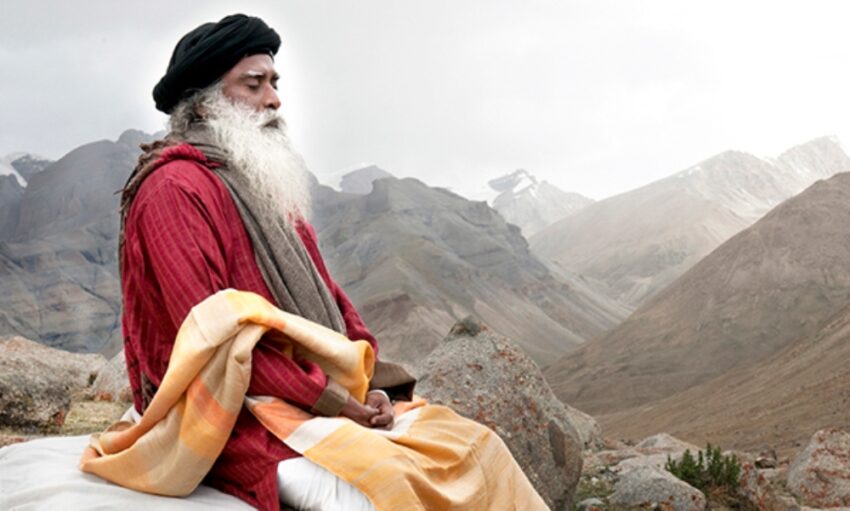 Himalaya Mountains, India—Seeking enlightenment and relief from comments on his online work, Youtube personality and satire writer Linus Nottham made his way to the remote Himalaya Mountains of India. It’s well known that the only good type of hillbilly is found in India, and having tried all other avenues of assistance for his angst, such as $300/hr secular therapy, MDMA, and demisexual, ethical non-monogamy, Linus felt he had no other option.

“I just don’t know what to do,” Linus had posted on his Instagram. “People watch and read my stuff, but I feel so wounded and unfulfilled. I’ve tried about everything to fix it. It’s like some people don’t get satire at all, and others just want to be mean???????”

In the Himalayas, he met guru Paramhansa Yogananda and asked him how to fix his woes.

“Tell me, what is it you seek?” Paramhansa Yogananda asked him.

“To be happier, guru,” the anguished man responded.

“Tell me, why are you anguished?” the guru inquired further.

“Because of all the mean comments that people leave on my content! I’m not sure if people don’t get my Youtube videos or if they don’t understand satire, but their comments—” he paused to find a way to word his complaint so that he’d seem smart, since he was having a friend record the session for Youtube, “—wound me grievously.”

“I tell you,” guru Yogananda responded. “The first rule to life is this: never read the comments.”

“What sort of bullcrap advice is that??? I should have known that dirty, worthless hillbillies are dirty, worthless hillbillies anywhere you find them! Stupid, stupid, stupid! There are like 1,800 comments on my latest piece alone. Like I’m going to practice self-restraint and not read them? Like I’m going to let whatever they say just shed off me like water off a duck’s back? You stupid idiot. Hey! Who in the world is ButtChomper89? What sort of reply is that? Seriously? Oh I’m going to own this fool! He doesn’t get what I was going for with this content.”

Sadly, Linus was typing a furious reply to ButtChomper89’s remark on his latest post when he fell off a cliff, as he was in the Himalaya Mountains.