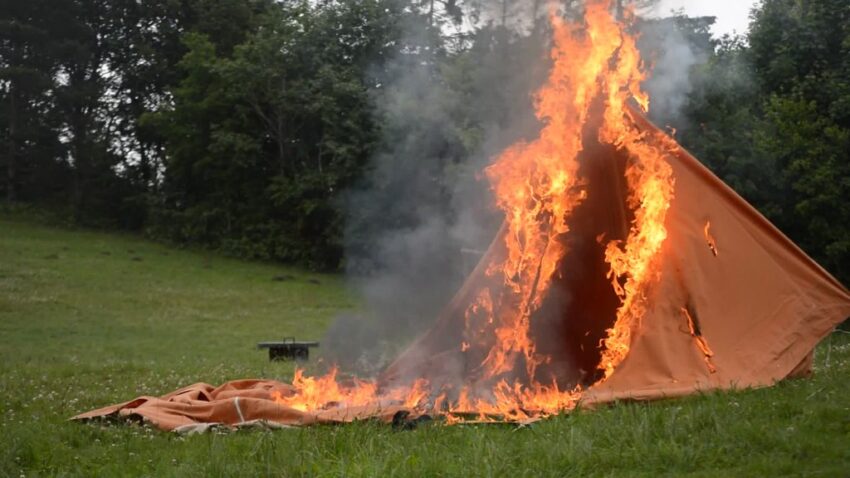 Boulder, CO—Scientists at the University of Colorado School of Geophysics have overturned a long-held world record for planetary heat here on Earth. While the record was previously held by Iran’s Lut Desert, it’s been definitively relegated into the realm of sweaty has-beens.

Dr. George Minkler reported that he and his team of scientists used an overhead, thermal-scanning satellite to search for hot spots on Earth’s surface.

“What we discovered was shocking: while many places, like the Lut Desert, were radiating red-hot heat, there were innumerable pinpoints that were absolutely, blazing white. Most were in fact on fire.”

It turns out that they were the tents of campers who had slept in til past sunrise.

“Apparently it’s a delicate act,” Dr. Minkler said. “Get out of the tent 60 seconds before the sun pops out and you’ll die of shock-hypothermia. Wait 15 seconds past sun-up and you’ll be suffering from severe hyperthermia and dehydration. It’s not thought that anyone can survive over 35 seconds in a tent after the sun has come up—but really with the state of charring the bodies suffer, we can’t tell how long they lasted.”

Climate activists are now demanding an immediate end to tent camping, pointing out that the heat output of the tents could raise the global temperature by 1.7°C in the next decade.