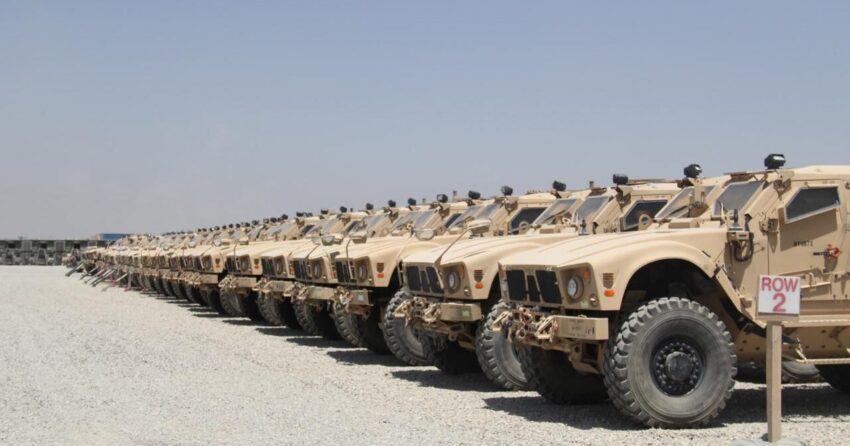 The Biden Administration is generously sending $350M for weapons to the Ukraine, but not to be outdone by their old US enemies, the Taliban is sending $30,000,000,000 worth of excess arms to help in the fight against their old Russian enemies. Taliban spokesman Zabihullah Mujahid said it’s akin to killing two family members who have brought you dishonor with one stoning.

The weapons the Taliban is sending are mostly things that they don’t have a use for right now, such as M16s, C-RAMs, and other odds-and-ends, like Blackhawk helicopters and Mine Resistant Ambush Protected (MRAP) personnel carriers. They are also sending some Americans who got trapped during the withdrawal, as they eat too much and don’t know how to do manual labor.

“Really, we drove the imperialists pigs in America off with little more than a few AK-47s and some herds of goats, so we have never had all that much use for the American tools or war. We are happy to give them to our Ukrainian friends! Perhaps they can defeat the Red scourge as well as we did back in the day,” said Mujahid. “And send some of your beautiful women in return, as is custom, and to help with our gender diversity.”

The donation comes days after a UN resolution to condemn Russia failed. Raytheon Corporation has issued a strong objection to the Taliban just giving the stuff away, saying that Ukraine should be purchasing new weapons and delivery systems, which are guaranteed to be free from COVID.

Meanwhile, President Biden is also sending an exorcist to check on the Ghost of Kyiv, which he described in a press conference as, “Yeah, c’mon man, it might be fighting for you now, but who knows what a ghost is thinking…gimme a break.”